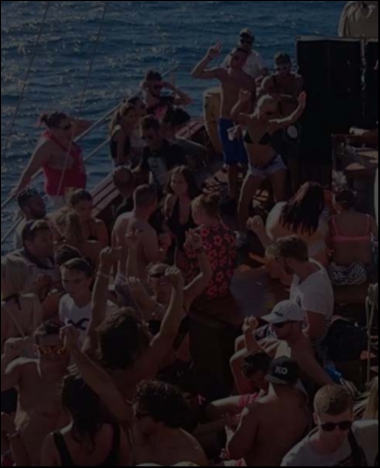 Santa Cruz Carnival 2017 was worth over 35 million euros to the capital and other parts of Tenerife, it has been revealed.
Total expenditure of residents on the island during the festivities amounted to 29.1 million euros, according to the results of a study into the carnival’s impact and people’s spending habits.

Added to this was the estimated 6.2 million euros spent by tourists during the fiesta.
The Mayor of the city, José Manuel Bermúdez, presented the details of the study with the ninth deputy mayor and councillor for economic promotion, Alfonso Cabello, and the councillor for fiestas, Gladis de León.
Sr. Bermudez stressed the tremendous positivity of the carnival and explained that the study will help the city council to make future decisions and improve elements of the programme.
He also highlighted the importance of the carnival not only in the city but throughout Tenerife, in view of the participation of the resident population.

Alfonso Cabello focused on the analysis of the data and highlighted the high hotel occupancy in the municipality, which stood at 90 per cent for 17 days.

With data still coming in, he said the report will be completed in the coming weeks but the council was already able to see the implications.

Gladis de León said that Carnival is a “good investment, as shown by the eco-nomic study on spending” and added: “Our line of work will be to continue increasing popular partic-ipation, the economic im-pact and also the quality of our main party.”
The report, carried out through 1,200 telephone interviews to people over 15 years of age residing on the whole island of Tenerife, from March 6th to 10th, reveals that most of those 25 million euros corresponded to spending made by attendees to some carnival act (22.2 million), while another 1.6 million are recorded in the section of the survey “Personal expenditure made by other household members attending some Carnival act.” The rest corresponds to the expenditure of “non-attendees, made by other members of the house-hold.”

Most of the personal expenses of those who attended one of the carnival events (not including other relatives) corresponded to street food, food and drink consumption (38.7 per cent); followed by the purchase of costumes, make-up and accessories (19.7 per cent); restaurants, bars and cafes (16.5 per cent); attractions and fairs (11.2 per cent); transportation, parking and fuel (10.3 per cent); and acts and shows (3.6 per cent).

The average cost of carnival expenditure was 79.4 euros.
The study concludes, in the same way, that 43.2 per cent of the people living in Tenerife have enjoyed one of the events of the carnival of 2017, which is about 329,763 people. Also, about 5,000 people living in the capital of Tenerife, 2.5 per cent of the total, have participated actively in the carnival as a member of some group of the party.
The Carnival of Day (27.8 per cent) and night (23.6 per cent) were the events with the highest reported attendance, while in the third place were the Cavalcades and Cosos (17.3 per cent).